Welcome to the HOPress-Shorehouse Books Summer of Promotion. Each week of the summer we will be highlighting one or two books. We might have to share weeks as our title numbers continue to grow.  But we will be posting excerpts, interviews, podcasts etc.so that you the reader can find great summer reads. We will show off all genres so you can buy the books of your choice.  Have fun reading!!!  First up is an excerpt from Wil 3, author of the eerie spiritual thriller Heartly God?

First up is an excerpt from Heartly God? (Shorehouse Books), a spiritual thriller from Pittsburgh author Wil 3.  This book has a way of grabbing a reader’s fears and beliefs and tossing them upside down.  And at the end of it all, you will wonder, “Do miracles exist?”  Please check out Heartly God? on Amazon 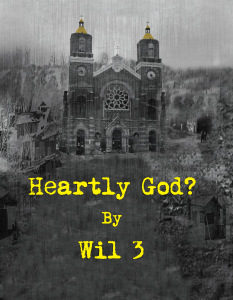 Nico Rossi’s tired apartment was in Bloomfield, an antiquated neighborhood in the City of Pittsburgh. The low-level drug dealing and prostitution of the evening, common to any working-class city neighborhood, was about to yield to Sunday morning and the smell of fresh baking bread and homemade sauce. Soon, Italian nonnas would don their daily all-black attire and walk to church to light candles for their deceased husbands who passed away many years ago, as was the custom. But it was still too early for that old habit, and the lingering smells of the foul behavior from the night before hadn’t yet been pushed aside by the slightly fresher morning breeze that slowly pours across the river.

Sadly, Nico had been out of bed for more than two hours. As he stood before his bathroom mirror dripping wet and wrapped only in a towel, he hoped the cold linoleum floor on his wet feet would help him focus on shaving. Turning the crank on the old window let steam out of the bathroom but did nothing to remove the fog packed tightly in his head. As he slowly pulled the razor across his face, it yielded mixed results.

Nico’s battle with constant exhaustion and quasi-delirium from sleep deprivation made even the most mundane task a challenge at times.

Nico pushed the bathroom door open and spied his girlfriend Lucy, who leaned against the bedroom door and wore only a men’s oversized T-shirt that came down to her shapely thighs. Her long blond hair was half over her front and half down her back as she struggled to wipe sleep from her eyes. Lucy’s striking figure and lack of apparel, combined with the genuine concern in her voice should have been enough to make any warm-blooded man smile. But not Nico. He couldn’t concentrate enough to notice, let alone appreciate it.

“I’m up … I’m … I don’t really know if I slept at all,” said Nico as he continued to bang the plastic razor against the porcelain sink.

“Honey, this is the third night in a row. I am starting to worry about you. Why don’t you come back to bed and I can help you try to fall back to sleep?”

“No, I have to get ready for church,” replied Nico in a very cold, disgusted fashion.

“Of course. It’s always church. You know, you go to church more than anyone I know … especially for someone who doesn’t believe in God.”

Nico slammed the razor hard against the sink and splashed more water onto the floor. “I never said I didn’t believe in God. I just said I don’t believe that God is listening to me.”

Not wanting to argue, Lucy turned around and crawled back into bed, hoping to sleep until at least sunrise.

Nico exited the bathroom and walked through the creaking hallway guided only by a small, solitary nightlight on the floor. He took a seat on the couch in the living room/kitchenette of his tiny one-bedroom apartment and turned on the television. Disgusted that only TV ministers and infomercials showed at this hour, he finally found a Leave it to Beaver rerun. As he stared at the small TV screen, he watched June Cleaver cooking breakfast, Ward reading the newspaper and drinking coffee and the Beaver eating a bowl of cereal. Nico slumped down on the couch, put his head back and momentarily fell asleep. Immediately, he started to dream about or remember a similar scene from his own childhood not that long ago, but at this point, it felt like eternity, if not an entirely different life not of his own.

Nico’s father sat with young Nico at the breakfast table as he opened the mail. Nico’s mother cooked eggs while Nico waited impatiently for his breakfast. “Well, this letter looks interesting … ‘To the Parents of Nicholas Rossi’ … wonder what this could be?”  Nico’s father started to read the letter and mumbled “Oh … uh huh … I see.” under his breath while occasionally glancing at Nico until he finally put the letter down on the breakfast table.

“Oh, it’s nothing really. Not that important.”

With Nico’s curiosity now piqued, he quickly reached across the table, snatched the letter, and began to read it.

“Sorry, Nico, I guess you aren’t going to finish second in your class like you hoped,” said Nico’s father in a very serious tone.

Nico jumped up from the table as his mother ran to hug him. He remembered that even though his mother was small, the hug she gave almost knocked the wind out of him. With a quick, sharp and almost unexpected inhale-gasp, Nico snapped from his dream and came back to reality. He was awake again—not alert or rested—but awake. He sat alone on his old couch with only the nostalgic glow from a black-and-white TV show illuminating the room. The sun was about to rise momentarily. 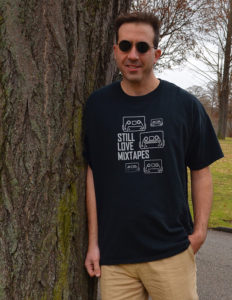 The Strip District is another neighborhood adjacent to Bloomfield and downtown Pittsburgh. The Strip is a microcosm of Pittsburgh, and there is not another neighborhood that so accurately memorializes Pittsburgh’s past or epitomizes its promising future. The giant abandoned factories and mills that once lined the Strip have been riddled with graffiti and crumble, making them appear more like a still shot from Post-World War II Germany than a neighborhood on the rise. Trees actually grow out of the blown-out windows on the upper floors of some buildings and provide sanctuary for hundreds of the city’s filthy pigeons. But recently, seemingly overnight, many of those buildings in the Strip have been razed in favor of modern, green condominiums where Pittsburgh’s elite reside for a scenic view of the river, the downtown skyline and a quick walk to work downtown—the most green and trendy thing to do.

At night, twenty-somethings from the suburbs fill the cheesy chain nightclubs and singles bars, searching for sex, loud club music, and XTC. Alongside them, staggering drunks pop into cheap dive bars—the only relics left from the steel era—to spend their Social Security checks. The only topics of conversation in those bars are how great it was to live here when US Steel employed thousands of people and the constant rumor that those mills would reopen again soon. Once their meager pittance has been spent on cheap booze and cigarettes, they exit the bars and fade into oblivion, only to resurface after their next check arrives in the mail.

After the drinking and cavorting have stopped and the club lights have dimmed, everybody shuffles back to a car to drive home or to a diner for a late-night greasy plate. The police department frequently appears to assist those who aren’t quite able to move or to calm a young man who attempts to defend the honor of his woman … whom he just met that evening. After all the cars have cleared, the produce trucks take center stage in the Strip as working men take to their docks ready to unload fresh produce. Later in the morning, the mothers and fathers of all those who were there the past night arrive to shop for fresh produce, meats and cheeses while their hipster children nurse hangovers and try to remember who they called on their cell phone at four o’clock in the morning. This routine occurs with every transition from Saturday night to Sunday morning.

In the midst of all this organized chaos sits St. Mary’s—a Roman Catholic church built by immigrant labor just before the Great Depression, a time when the Strip District was nothing more than a shanty town. Two golden domes sit atop the Romanesque church reminiscent of so many of the great cathedrals in Europe. If it’s sunny—which is rare in Pittsburgh—9:00 AM Mass on Sunday is the absolute best time to be there. At that time of day, the sun rises above the downtown skyline and floods the inside of the church with natural light flavored by the pristine stained glass windows imported from Europe. If Jesus Christ ever returned to Earth, most likely he would announce his presence at a sunny 9:00 AM mass in St. Mary’s.

St. Mary’s was the lifeblood and center of the Strip District when it was a shanty town. It fed all the residents, both physically and spiritually. It housed hundreds of people during the St. Patrick’s Day flood of 1936. And its school offered education to the young with the hope that the knowledge it provided would be enough for them to get out of the Strip District and move to a better life. Due to the condos, clubs and trendy restaurants, this once prominent church was almost all but forgotten. Practically nobody even noticed it, unless they were looking for a discreet place to relieve themselves after too much beer at three o’clock in the morning. It was almost closed and consolidated with neighboring parishes until Father Thomas O’Toole, a classic Irish priest, who was stubborn and motivated, took over as pastor.

“Though an Army encamp against me, my heart shall not fear. Though war rise against me, in this I will be confident,” said Father O’Toole to himself as he peered out a mezzanine window of St. Mary’s to the ground just below. Father O’Toole proceeded down the steps and past the altar. He blessed himself and took a large gulp of communion wine, just to make sure that it hadn’t spoiled from the past evening’s services. He slowly made his way to the confessional to hear parishioners’ confessions before the start of the 9:00 AM Mass.

Outside it was gray and overcast, damp and uninspiring. Inside, the dark wood of the church pews, the dim lighting and cold marble floors cried out more of being old and tired than traditional and classic. Father O’Toole felt the same way. He turned back for one more sip of wine, just for good measure, then made his way into the confessional to sit by himself as nobody was there to confess, or in the least, to keep him company.

← The Astounding Misadventures of Rory Collins
Week 2 of HO Summer of Promotion: First Up is Molly Stevens author of Boomer on the Ledge →
Loading Comments...