Today, we are so proud and excited to be releasing Stand Up & Heartbreak: A Comic and Sex Addict Walk into a Marriage…

As is the HumorOutcasts Press tradition, we present a Q&A from the talented author Arlene Schindler.  Stand Up and Heartbreak is available on Amazon in paperback and Kindle.

We will have lots more from Arlene over the next few months. If you are looking for a great summer read, this book is it. Tell us about Arlene Schindler

I was a chubby, only child in Brooklyn, N.Y. who was voted class clown in 8th grade. I also earned 2nd place in my summer camp talent show and was, of course, the funny girl at family 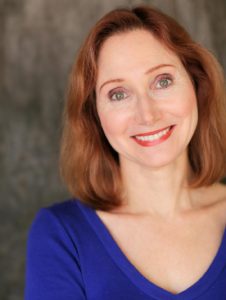 dinners. Unfortunately, as other people like me who got the “comedy calling” can attest, the world of comedy is not always as kind or laugh-filled as my parents’ living room.

Why did you want to write a memoir that shared so much of your pain as well as accomplishments?

I believe that when women are in their early 20’s and out of school and into their first apartments, they think they know everything. What could go wrong? For most women rejection and disappointment hasn’t happened yet. A job or a relationship can have a ton of red flags that we either don’t see or chose not to notice. Joyous surprises can tank in an instant. Many women don’t realize how much hope and fear they’re really carrying around, and how those feelings can slow us down or propel us in new directions. In writing this book, I wanted to show that when life throws curves balls—a job you love doesn’t work out or that special someone isn’t that special, life really can be better, better than what you imagined.

Stand-up comedy for a woman in today’s world is so hard.  Are you happy that you took on such a challenging profession in the 80s?

My Dad was a comedian in his early 20’s so it seemed like something I’d been programmed to do at that age. Plus, after the death of disco, there were a lot of clubs that needed to fill their rooms, so they brought in comedians because there were no instruments to set up and their audiences bought a lot of drinks. Because they traded a disco ball for a microphone, there were suddenly a ton of places for young, eager talent to showcase their comedy.

I started out doing stand-up before it had been dubbed “the new rock n roll.” A few years later, when I was a comedy reviewer, it was an exciting time—I’d see Chris Rock or Denis Leary, Jon Stewart, sometimes even Larry David giving their all on a tiny stage in a dimly lit club with brick wall behind them. Frequently there were only about 25 people in the audience.

It is interesting that then and now men are gatekeepers— as in government and most comedy clubs—where bookers are men, and they still are afraid of having two “girls” on their show. Women have to be twice as funny as any man just to get stage time.

You use humor throughout this memoir even at the most emotionally devastating events in your life.  Do you think it was your humor that helped you survive? Was humor the key to surviving trauma and emotional upheaval for you? Is forgiveness part of it or just that ability to laugh through pain?

At 25, the biggest commitment I’d received from a partner was the promise to share a pizza. Scientists have shown that laughter has many physiological and emotional benefits. “What does somebody have to do to get cable television in this family, get Cancer?” My father used humor to cope with crises. It became my biggest survival tool too. Many have said, “Tragedy plus time is comedy.” I knew I’d processed something painful when I was able to joke about it. Life is short and so was my ex-husband. I haven’t learned forgiveness yet. I keep it on the back burner, at a low simmer.

How did you find your writer’s voice?

I struggled for years to find my own unique approach to storytelling. As a former writer for Playgirl, I was well acquainted with scenarios that began, “This has never happened to me before, but…”

After the chart-topping and money-making success of the 50 Shades series, coupled with the increasing popularity of erotica and bodice ripping romance novels, I realized that sex was selling faster than Monday morning cappuccinos. Readers wanted a hot jolt. But what if rather than writing anticipated sexual tensions and releases, I went in an unexpected but humorous direction? Readers love learning about sexual adventures outside of their own experience. They love laughing too. What better way to build a readership and find your writer’s voice than combining the two? Making smut (the pet name sex writers have for their work) funny seemed like an obvious direction, given my writer’s toolkit. So, I’m cultivating my own new genre: Smut & funny= smunny (and hopefully some money). Smunnyschindler is my twitter handle.

Smunny example: A woman goes on a blind date. She anticipates the usual hope for a love connection and fear of a bad date. Upon arriving, she learns that her date died earlier that week. But his family heard so much about her that they wanted to have brunch with her. Two surprises never anticipated in a blind date scenario.

What do you want readers to come away with after reading your book?

My inspiration were books like Jacqueline Susann’s Valley of the Dolls and Lauren Weisberger’s The Devil Wears Prada.  Those books were summer or vacation reads—dishy page turners where women struggled to find their way.  When you turned the page, they’d be in a better place than the previous chapter.

No matter how bad or disappointing a job, date or relationship has been for the reader, I offer laughably worse scenarios to soothe their angst and boost hope. Let me save you from a few hilarious hells.

What have you learned about relationships?

Over time, I became friendly with women who were married briefly in their 20s for six months or maybe a year or two. I think my generation had a lot of starter marriages that many people didn’t want to talk about once those relationships were in the rearview mirror and they were divorced. Marrying someone in our 20s was a rite of passage and acceptability. Once we learned who we really were and not the polite, people pleasing daughters we were programed to be, many of us no longer fit into our relationships and those marriages were no longer viable. With time I learned that I can be lovable for my true self.

During the writing process, did you learn more about yourself and your life?

I learned that writing one’s feelings is a way of opening up, emoting and releasing that feels less harmful or risky than talking, screaming or throwing dishes. Plus, I replaced emotional eating with journaling and diary writing.

What other writing projects do you want to take on and do you see humor always being a part of those projects?

I’d like to offer writing workshops to people whose lives have been touched by a loved one’s addiction, to help them work through their guilt, anger and dented self-esteem to find more joyous approaches to their lives.

Arlene Schindler, born in Brooklyn, N.Y. is an author and speaker sharing humorous tales of women’s secrets and desires. She originated the comedy column for The New York Post, writing reviews and profiles of comedians appearing in New York City. It was the first of its kind in the country, helping spur comedy’s greatest growth period. Her writing has appeared in The Los Angeles Times, Daily Variety, Purple Clover, The Huffington Post and many other publications. Her novel The Last Place She’d Look is a raucous romp through the hidden sex lives of today’s mature women.

← Lee Gaitan Receives Georgia Independent Author of the Year Award for Lite Whines and Laughter: Mild Rants and Musings on the Mundane
Stand Up & Heartbreak…A Comic and Sex Addict Walk Into a Marriage →
Loading Comments...