Are you a paranormal mystery or thriller fan?  Well, allow us to introduce you to three novels that might just fit your spine-tingling reading needs from HOPress-Shorehouse Books: 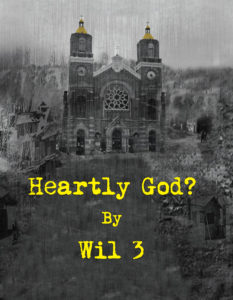 Book Description: Nico Rossi was an engineering wunderkind, until tragedy robbed him of his future. He limped home to Pittsburgh to work as a Catholic school teacher in the hope of rebuilding his spirit. Self medication, toxic girlfriends, and unrelenting insomnia all conspired to sabotage his healing… until, one day, he found himself smack in the midst of a miracle! Do miracles happen?

“Heartly God?” dives into this question. If they do happen, can we recognize them, or have we all become too bitter, too cynical, or too tired to notice? Can we believe in miracles if science and technology fail to explain events that are indisputable?

Follow Nico as he struggles through life’s challenges, both mundane and miraculous. Consider if you possess the ability to recognize the wondrous, as it unfolds around you, every day.

Buy this book in paperback or eBook on Amazon 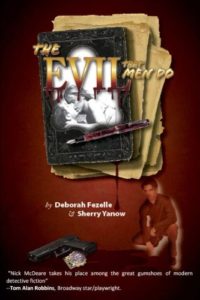 The Evil That Men Do

His brother was murdered, his ghost wants answers, and Nick McDeare ends up living in the beautiful widow’s brownstone to get them. Before he nails the killer will Nick’s own demons be exorcised … or will explosive secrets torpedo his last chance at love?

“This is a beautifully plotted classic whodunit wrapped in a ghost story set amidst the bright lights of Broadway.”–Tom Alan Robbins, Broadway star and playwright 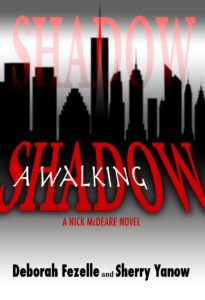 The sequel to The Evil that Men Do, A Walking Shadow places Nick McDeare, renowned mystery writer and investigative reporter, in the crosshairs of danger. Nick is engaged to marry Broadway star Jessie Kendle New Year’s Eve. But when Nick discovers the sociopath father of Jessie’s son Anthony faked his own death and is conspiring with a Mafia don to kidnap the boy, he races against time to save him. To protect her, Nick keeps Jessie in the dark, a decision he will regret, even as Jessie deals with ominous backstage sabotage from a shocking source. Mysteries multiply within mysteries against the glittering Broadway backdrop. Before it’s over, the spirit of Nick’s brother, a rescue dog, and a NYPD detective all merge with Nick and Jessie in a deadly climax to rescue Anthony from the shadows. But no one is safe–not even when you think it’s over …

This novel is available on Amazon in paperback and eBook formats